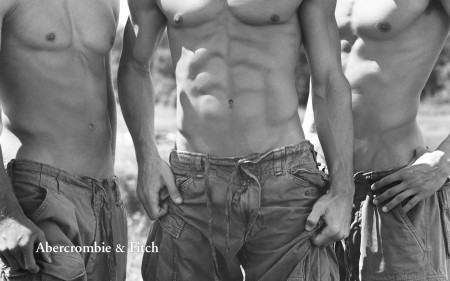 The American Dream has turned into a nightmare. Count the shudders and the sweats in reel time: Bush. Iraq. Guantanamo Bay. Global Warming. Iran. Tom Cruise. Pop a Nytol or three with a glass of warm milk and put on ‘The Wizard of Oz’ and regress to a happier, more Technicolor dreamtime.

Once the lean, shining beacon of freedom and aspiration, as innocent and happy-go-lucky as Dorothy’s freckles, now lumbering, flak-jacketed, trigger-happy, and yet terrifyingly impotent, America is deeply unpopular. After the twister of the War on Terror the Statue of Liberty has been replaced by an effigy of the Wicked Witch of the West.

America’s triumph in the Cold War and the rapid globalisation-Americanisation that followed has, with irresistible hubris, undone the American Imperium. Everyone is American now so no one needs America any more – so Yankee Go Home. Russian President Putin’s widely-reported recent speech attacking the US’s arrogance encapsulated this sentiment: ‘the United States ,’ he said, ‘has overstepped its borders in every way.’

All this is as obvious and objectionable as America ‘s obesity problem. Except for one small detail: It isn’t true.

Or at least, it’s only half the story. For all its troubles, the American Dream is anything but dead. Much of the world may say it hates America now, but really its heart still belongs to Uncle Sam – it will still pay top dollar to dress up in the lineaments/linenments of the American Dream – as the global triumph of classy Yankee dream-merchants Ralph Lauren shows, this Spring opening up not one but two major new stores in Moscow itself (and perhaps providing the real reason for Putin’s outburst).

Meanwhile, as part of the Yankee rag-trade pincer-movement on the global psyche, Abercrombie & Fitch, purveyors of the frattish American Wet Dream is building its own overseas Empire, opening its first international flagship store in Europe – on Saville Row, London, home of the bespoke tailor, the place where the British Establishment has gone for hundreds of years to have its inside leg measured. To rub our noses in it, A&F have erected huge billboards of towering god-like Yankee models flaunting their abs and pecs at dumpy London pedestrians shuffling past at crotch level.

At a couple of fashionable strokes, American cultural imperialism has knocked down the Berlin Wall again and humiliated the British Empire Suez-style. Not bad for something as dead as a Norwegian Blue. Hollywood may be in terminal decline, and this year’s Oscar Ceremony a glorified AA meeting, but American men’s fashion brands are still exporting the American way of life, liberty and snappiness.

Perhaps that’s because Ralph Lauren is effectively High Hollywood’s merchandising wing. Born Ralph Lifshitz in 1939 in the Bronx this Jewish boy modelled his clothes on the black and WASP grainy High Summer Hollywood of his childhood: Cary Grant, Katherine Hepburn, Gary Cooper. And as is often the case in the world of images, his faux moneyed Yankee style supplanted the ‘real’ thing. Transformed from privilege into a polo shirt or a cable-knit jumper it was more democratic, more ‘American’. More saleable.

Memorably described by one fashion critic as ‘a white elephant covered in cricket bats’, Ralph Lauren wore the 1980s tied over its shoulders like a cashmere tennis sweater. RL’s cool, leisured classiness symbolised aspiration in the most sweatily ambitious and nakedly American decade. Ralph Lauren rapidly became the world’s first and most successful lifestyle fashion brand, a total, wraparound vision that everyone wanted to share. The Polo logo became the more tasteful, more international version of a Stars and Stripes lapel pin (in 1999 RL formalised its status by donating $13M to preserve the Star Spangled Banner). Today RL have sales of nearly $4B, making it a behemoth covered in cricket bats. RL’s flagship store in Moscow ‘s Tretyakovsky Passage, one of world’s most expensive shopping areas, will paint 8000 square feet of Mother Russia a Yankee shade of red white and blue. No wonder Putin is pissed off.

Mind, the Russians don’t seem to be as upset as the Brits, whose outraged protests forced A&F to reduce slightly the size of the body parts terrorising Saville Row. But this all seems to be part of the naughty A&F gameplan. ‘We’re shaking up the neighbourhood,’ a chirpy spokesperson explained to the press. ‘It’s going to be an extension of the irreverence of the brand into London. It’s going to be fun and we’re thrilled.’ What’s more, the store will be ‘just like our one’s in the US ‘ and the staff will be British ‘but look A&F.’

In fact, A&F are re-enacting in England itself a battle against dusty ‘Englishness’ that they have already won Stateside. Ironically, A&F was once almost the brand that RL sold itself as. Founded in 1892 as an excursion outfitter their clients included Katherine Hepburn and Ernest Hemingway. Elephant-bagging American Empire builder Teddy Roosevelt was one of their regulars.

After the 60s A&F went into decline – it was seen as ‘too square’ and ‘too English’ – and in 1988 were bought by The Limited Inc. who sexed it up, moved its target age down, and wrapped it n a mythical, all-American, 1950s, tanned, athletic boyishness as toothily innocent as it was knowingly tarty; in other words: ‘Weberist’ (Bruce Weber is A&F’s signature photographer). If RL is timeless High Summer Hollywood, A&F is endless Summer on Campus – plus MTV and webcams. RL is the America the world wants to go on safari with: A&F is the America that the world wants to party with.

With sales over $2B a year the A&F lifestyle has sustained unrivalled year-on-year levels of growth. A&F is catching up with RL. As if acknowledging this, RL recently opened a slightly A&F flavoured ‘Rugby’ chain of stores in the US . What’s more, the move into Europe is part of the transformation of A&F into an international luxury brand – once again threatening to tread on RL’s loafers.

For now though there’s plenty of room for both brands on the yellowbrick road of the Global High Street. Whatever they may think of America ‘s actions, dowdy Anti-Americanism isn’t, in the final reel, something that the world’s huddled masses actually want to wear. London will no doubt be a great, chest shaving, success for new Yankee imperialists A&F.

But one that will be dwarfed, I’m sure, by the shrieking, fainting, hair-pulling success of any store they open in that supposed capital of America-hating – Paris.

This essay is collected in ‘Metrosexy: a 21st  century self-love story’

5 Replies to “The frattish American Wet Dream conquering the World”