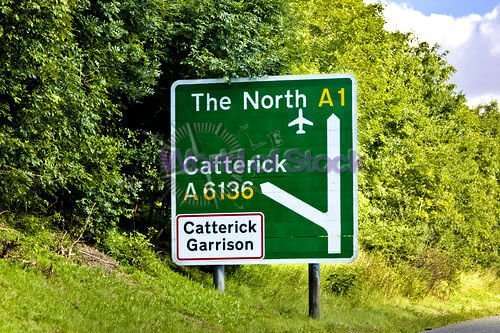 A decade ago the ban on lesbians and gays serving in the UK military was lifted.  This summer Mark Simpson attended the first gay night on a UK garrison.  For purely professional reasons.  No, really.

There isn’t at first glance much that appears terribly gay about Catterick Garrison.

Home to the largest UK Army base in the world, with c. 15,000 men and women based here, Catterick Garrison as the name suggests, owes its existence entirely to the British Army — whose favourite colour is khaki. Located off the A1 just before Scotch Corner in the far north of North Yorkshire, ‘Camp’, as Catterick Garrison is known locally – usually without irony – is mostly a utilitarian collection of barracks blocks, Nissan huts, barbed wire fences, and MoD housing. With a dilapidated main parade boasting a Spar, a couple of laundrettes and several takeaways.

A Tesco Superstore did arrive here a few years ago, but they don’t carry much in the way of their Finest range. Imagine Middlesbrough (about a 50 minute drive away), take away the culture, add lots of bracing fresh air and combat trousers and you’ve got Catterick Garrison. Little wonder it was the setting for Vic Reeves and Bob Mortimer’s unrelentingly bleak (and not very funny) 2004 sitcom Catterick.

But tonight at Louis, a no-frills nightclub nestling amongst the lines of neatly parked khaki green Army trucks, Catterick Garrison is also the setting for the first regular, and probably first ever, gay night on a British Army garrison.

announces the poster on the wall of the place where local single and not-so-single ladies usually go to meet drunken squaddies (‘It’s a parachute club,’ one soldier told me, ‘’coz you’re guaranteed a jump!’).

But tonight a different kind of meat-market is promised.

‘Uniform Optional!’ saucily declares the rubric on the poster, next to a sketch of a muscular young squaddie dancing and grinning with his top off. Baden-Powell, founder of the Boy Scouts who first suggested the location for Catterick Camp because of its tranquillity and distance from urban enervations must be spinning in his orderly grave.

‘I didn’t like Camp at all when I first moved here a couple of years ago,’ says Lisa, 32, a sunny-natured out lesbian lass from Blackburn serving in the Army as a medic, drinking Strongbow at the bar. ‘The countryside’s nice, but Camp itself is a bit isolated. And the nearest gay pub is a long, long drive away.’ She loves the idea of a gay night in Catterick. ‘It’s just what we need. Plus this place is just around the corner from me and I can stagger home! Until this came along there was nothing in the way of socialising for lesbian and gay service personnel here.’

When Lisa joined up twelve years ago homosexuality (and bisexuality) was still banned in the UK Forces: ‘they still asked if you’d had any same-sex experiences and I had to lie.’  The ban was formally lifted in 2000 after four former service personnel, drummed out for being gay, won their case against the MoD for discrimination in the European Court of Human Rights ten years ago this autumn.

In the Nineties the idea of a gay night on a UK garrison would have been unthinkable – instead, military investigators were known to hang around civilian gay pubs in places like Aldershot and Portsmouth taking photos of those coming in and out. But that was then. Last year the Army joined Stonewall’s Diversity Champions Campaign, and this Summer Soldier magazine featured an out gay male squaddie on the cover for the first time. Interviewed inside, Trooper James Wharton, 22, of the Royal Household Cavalry claimed that he had had little or no trouble with his sexuality from other soldiers: ‘I came out to the Army before I told my parents, so that say a lot for the Armed Forces.’

Lisa is grateful for the 21st Century equal opps approach of the Army: she lives in married quarters with her civilian girlfriend whom she civilly-partnered last year – with a Guard of Honour: ‘6 out of the 8 were gay’.  Attitudes didn’t change overnight, however. ‘In 2004 I was posted to Germany and when they found out I was a lesbian they moved me away from the other nurses and onto my own corridor. I put my foot down and they finally moved me back, but they didn’t like it. It’s this thing of, “she’ll be looking at me in the showers!”’.

Lisa thinks this kind of anxiety is the still a problem for many gay and bi males in the Army. ‘I know quite a few gay squaddies, and most of them aren’t out because they’re worried about being bullied and also the backs-against-the-wall-lads! mentality. It’s definitely different for gay men in the Army, especially in front-line units like the ones based in Catterick. The macho thing kicks in’.

Perhaps that’s why I haven’t been able to find any out gay male squaddies here tonight. Instead about thirty local gays and lesbians and their straight friends, and two charmingly tipsy young off-duty (they’ve left their wigs at home) drag queens from Darlington, Lucy-Licious and Gina Tonic. ‘We came to pull a squaddie,’ says Lucy, aka Josh, ‘everyone loves a soldier don’t they, dear? But when,’ he asks, looking around eagerly, are they turning up?’ Well, quite.

At pub-chucking out time mine and the drag queens’ prayers are answered. Sort of.  A large party of drunken squaddies turn up. But they’re all straight – officially, at least. Scots Guardsmen celebrating their return from exercise in Canada and determined to continue their evening at the only nightclub in town. They’re not put off by Louis being ‘gay’ tonight.  The burliest, Steve, 32, a married soldier with two kids, has served 12 years and welcomes a gay night in Catterick. ‘It’s about time, if you ask me. Catterick really needs this. It had to happen. This is the modern world, isn’t it? I mean, my wife was living with a woman for four years before she married me’.

Steve thinks that being gay in his regiment isn’t a problem. ‘There are four gay lads in my regiment,’ he explains, ‘and they don’t get any hassle.’ But, I suggest, maybe just four gay squaddies in a 600 strong regiment might suggest that most still don’t feel able to come out? ‘Attitudes have changed a lot, especially with the younger people. But a lot of old school people don’t like it one bit. And my Regiment tends to be very traditional.  We didn’t have any black squaddies until about ten years ago.  Now we have black officers.  I think things will change a lot on the gay front once the older generation retire.’

Speaking of drunken straight squaddies, one of them is now dancing and twirling with Gina Tonic on the dance floor to Cyndi Lauper’s ‘Girls Just Wanna Have Fun’. Steve comes over; grinning he says, ‘Like I said, Mark, attitudes really are changing!’

A little later, the same dancing squaddie walks past and puts his hand on the shoulder of another soldier I’m talking to. It’s a friendly gesture that would mean nothing any other night at Louis (when it’s not entirely unusual for drunken straight squaddies to snog, grope and pretend to hump one another on the dance-floor). But the soldier I’m talking to looks like he’s been electrocuted, whips around and shouts: ‘’Ere! You’ve got the wrong guy mate, I’m straight!” He points emphatically to a wedding ring on his finger. The dancing squaddie then protests, briefly, his own heterosexuality, pointing to a ring on his finger. Bruised egos suitably salved, they shake hands, grinning and slapping each other on the back.

The organiser of Louis gay night, Dave Parker, 36, a Durham lad with what I can only describe as cheeky eyes, is gay himself, and has lived in Catterick Camp for ten years. ‘I just thought it was about time we had a gay night,’ he says.  ‘Plus it will help to change attitudes as well as provide a place for gay Army people and locals to socialise. The feedback I’ve had has all been positive. Though I’ve heard that one or two have been complaining about “bloody poofs” – but’ he laughs, ‘not to my face!’

Some might say that he’s set himself something of a challenge. ‘It’s a shame there were only a few lesbians and no gay male squaddies tonight,’ he admits, ‘but it will take a while for a gay night in Catterick to take off.’ Yes, it probably will. Dave has high hopes for next month though: everyone will be back from leave, and he’s booked a male stripper. ‘From Down South. Wigan, I think it was,’ he says with a wink.

‘Mind,’ he adds, ‘I should have booked one of the local Army PTI’s instead. They’d probably have done it just for some free drinks. They love putting on a show, some of them. And god knows they use the tanning salon enough!’

So there you have it. Catterick Garrison. Gayer than you think.