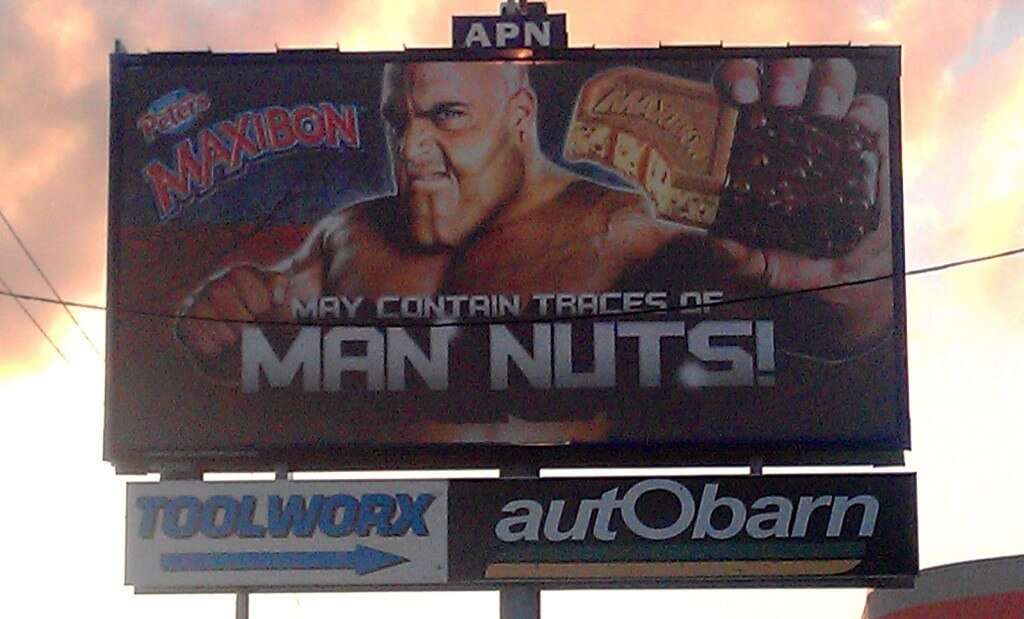 I’ve only just seen this Australian viral ad for Maxibon ice-cream from last year, and have to say that’s some manwich.

It’s as if they decided to satirise the intensely annoying – and self-defeating – MANly strap-on theme of a lot of very bad recent men’s advertising by taking it to the ultimate Desperate Danni absurdity. They really take the pistachio out of machismo.

Though in America it would probably be taken entirely seriously, and Maxibon would be bankrupted by thousands of lawsuits from distressed men who failed to develop chindominals.