Mikey Strokes His Pussy (For Charidee) 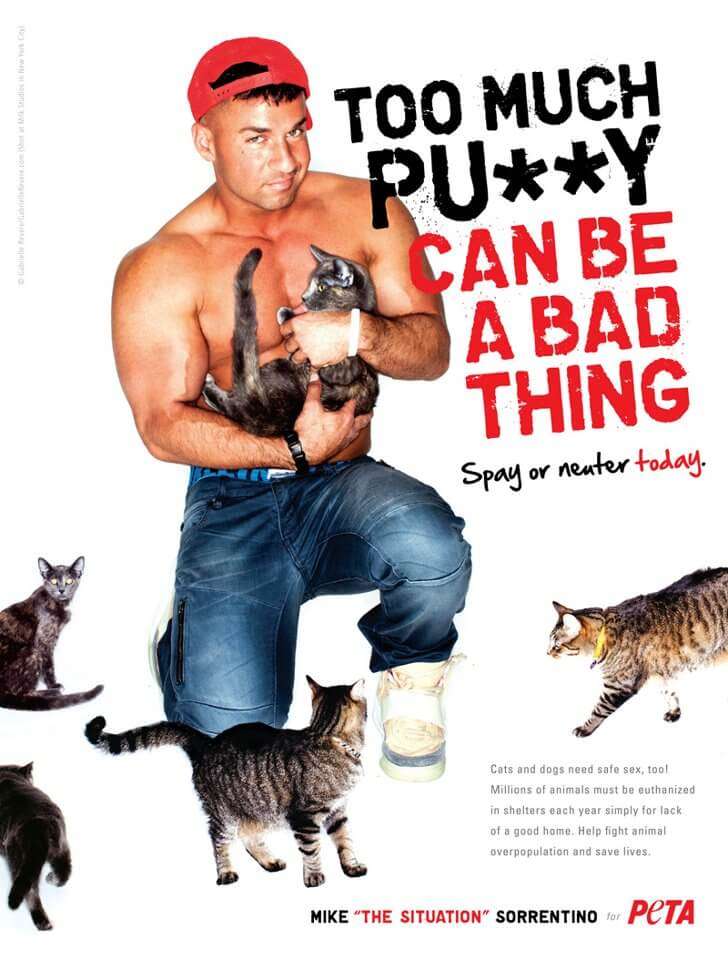 Mike ‘The Situation’ Sorrentino is looking pumped in this jokey-but-serious poster for PETA, encouraging cat owners to get their cats neutered.

‘The Occasional Table’ – as his fellow housemate Julian Clary hilariously dubbed him – looks rather more pumped than he did on Celebrity Big Brother this Summer, where he seemed very ‘off season’, spotty and almost skinny (all things are relative). Perhaps that’s why he almost never took his shirt off – which you’d think would violate his booking contract.

In eye-candy terms Mikey was eclipsed by the pretty UK Olympic judo medalist Ashley McKenzie – who, heavens be praised, didn’t seem to own a shirt. What’s more, the Situation looked so puffy-faced unkind wags compared him to Elmer Fudd. 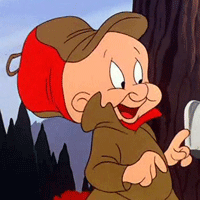 Nevertheless, when Julian and Mikey were called to the Diary Room by Big Brother early on in the show to perform a task together, perched on the double-seater ‘throne’ they looked like a sweet intergenerational gay couple at some nightclub in Gran Canaria. Julian the indulgent, worldly-wise older, fey gay; Mikey the puppyish, decorative muscle mary. Though of course Mikey, whose abs are more famous than his housemates’ faces, is actually the one with the serious dough.

Alas though it was a CBB romance that wasn’t to be.

Maybe it was displaced sexual tension, or maybe it was just those zits, but Julian seemed to take against the Jersey Shore star’s general vulgarity, and the ‘disrespectful way he talks about women’, and kept nominating him. Straight Mikey eventually finished an unimpressive fourth, while gay Julian won the show and the nation’s hearts.

Perhaps if Julian the animal-lover reduced to tears by a few minutes BB granted him with his dogs as a reward for successfully completing a task had known about Mikey’s passion for non-derogatory pussy – not to mention Mrs Slocombesque double entendre – he might have warmed to him, zits and all.