Mark Simpson on the (fast diminishing) difference between fame and legend (The Hospital Club magazine, Spring 2010) A recent bloody assassination attempt on Gore Vidal, the last great American man of letters by the English journalist Christopher Hitchens in the glossy pages of Vanity Fair prompted me, and I suspect many others, to ponder the difference between fame and legend. Both Vidal and Hitchens are famous of course, but only Vidal is a legend. Hitchens, for all his achievements, for all his impressive, furious scribbling,… Read More »The Legendary Test

God, I can’t help but love the old bastard.  Another tour-de-force from Gore Vidal (interviewed by Tim Teeman) appeared in The London Times last week, in which, as usual, he said so many things, so very loudly that so many people know to be true but daren’t begin to mumble. This frail, crippled, diabetic, alcoholic, eighty-three-year-old man repeatedly and energetically Gores Obama, for his ‘dreadful’ performance as President, decries how he has ‘fucked up’ healthcare, and most particularly how he has allowed himself to be… Read More »Gore Vidal Takes on The World – Again 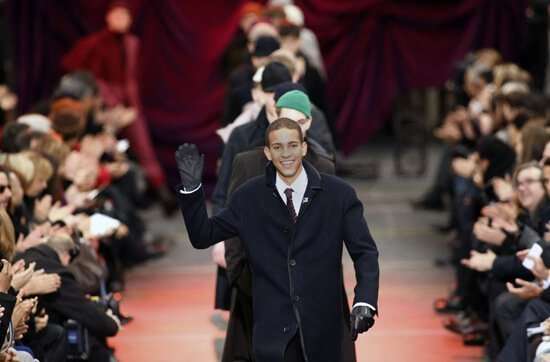 Mark Simpson on fashion’s new love-affair with black males (Arena Hommes Plus, Spring 2009) Shortly after Obama’s election last year, Israeli-American designer Elie Tahari made a prediction: ‘I think the fashion industry will have a ball with him.’ So far, this is one fashion prediction that has been on the money. Since Obama’s glitzy inauguration this January, the men’s fashion world, too often associated with a ‘Whites Only’ catwalk, hasn’t stopped dancing with the first non-white in the White House. At the menswear shows in… Read More »The Obama Model

Twinsome Devils and the Narcissus Complex

Mark Simpson paints a portrait of a clonosexual world of Dorians (Arena Hommes Plus, Winter 2008, collected in Metrosexy) Most ads these days aren’t worth a first glance. But earlier this year D&G Time launched a heavily-rotated global campaign directed by Hype Williams that was definitely worth a second. If you looked hard enough, you could see right into the mirrored heart of the 21st Century – a ‘new’ century that is now nearly a decade old. Not since the Levis ‘male striptease’ ads of the… Read More »Twinsome Devils and the Narcissus Complex

God, but they hate her. Really, really hate her. They hate her so much they want her dead. And it’s gone way past a bloody metaphor. Not most Democrat voters, of course, who have given her at least as many votes as Obama, (and though many Obama fans hate her passionately, religiously, a surprising number don’t actually have it in for Hillary). No, it’s the traditional media and the blogosphere that are driven, pretty much unanimously, into a murderous fury by Hills. Last week after… Read More »The Liberal Media’s Hillarycidal Urges