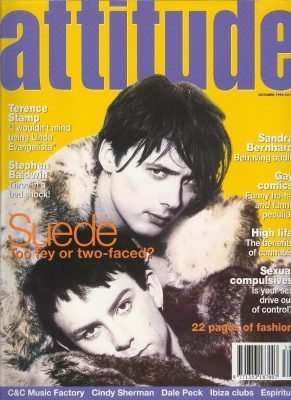 Mark Simpson rubs glam boy band Suede up the wrong way (Originally appeared in Attitude, 1994 ) I have something to confess. When I listened to Suede’s eponymous debut album last year I was disappointed. Disappointed that it turned out to be as good as the hype had trumpeted it to be. This was an album that went gold on its first day and sold 100,000 copies in its first week, by a group whose canny PR people secured them no less than nineteen magazine… Read More »The Persueders