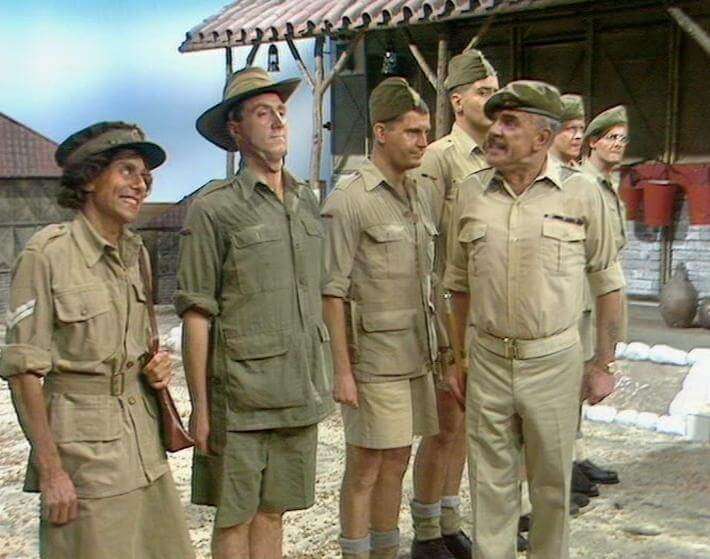 “Never Before Have I Seen Such A Blatant Display Of Poofery!!”

This month, the Welsh actor Windsor Davies, 88, most famous for playing the very shouty Battery Sgt Major Williams in the now unthinkably un-PC – and apparently unrepeatable – 1970s BBC comedy series Ain’t Half Hot Mum, was summoned to the CO’s office in the sky. AHHM was written by Jimmy Perry and David Croft, the duo behind the other smash hit 1970s hit BBC sitcom Dad’s Army. Croft was also behind Are You Being Served?, thus he and Perry dominated my childhood viewing, making them essentially the architect… Read More »“Never Before Have I Seen Such A Blatant Display Of Poofery!!” 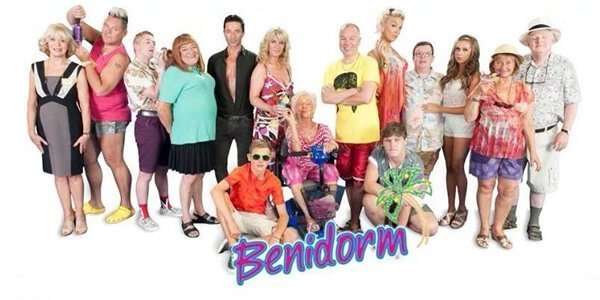 “You’re As Camp as a Brighton Bus Queue!” – The Bon Mots of Benidorm

I’ve snobbishly held out against the sun-damaged charms of ITV’s package holiday sitcom Benidorm, set in the ‘all inclusive’ Hotel Solana, for several series. But the sixth one – which sadly this week pours the sand out of its shoes and packs its bags for another year – had me surrendering to it more legs akimbo than the Solanas’ Mrs Slocombe-esque manageress Joyce Temple-Savage for Matthew Kelly. Created and written by Derren Litten (co-writer for The Catherine Tate Show), Benidorm is Carry On meets St… Read More »“You’re As Camp as a Brighton Bus Queue!” – The Bon Mots of Benidorm

I Love You, Jim Carrey

Watching the exhilarating ‘l’amour fou’ movie I Love You Phillip Morris recently I found myself falling in love with Jim Carrey all over again – after several years of taking him for granted. So much so I forgot he was there all over again. The role of Steven Russell the gay con-man is one he was born to play. It’s a return to the Jim Carrey of The Cable Guy – his best and most overlooked film until now. But a bit more grown up,… Read More »I Love You, Jim Carrey 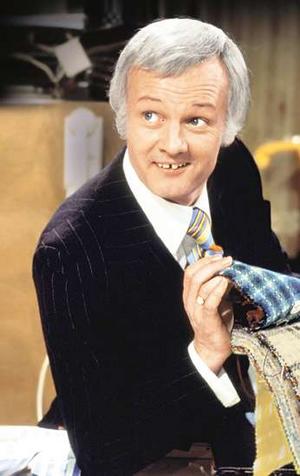 Mr Humphreys is no longer with us. He has been transferred to another department. One that even the cheery Grace Bros. lift – forever ‘going up!‘ – cannot reach. Comic actor John Inman, best known for his portrayal of the flamboyant shop assistant in the 1970s British sitcom ‘Are You Being Served?’, finally got ‘promoted’ last week, aged 71. The Great Floorwalker in the Sky tapped him on the shoulder and asked him if he was ‘free’. Let’s hope there are lots of divine inside legs… Read More »We Have Been Served – Mr Humphreys Hangs Up His Earthly Tape Measure 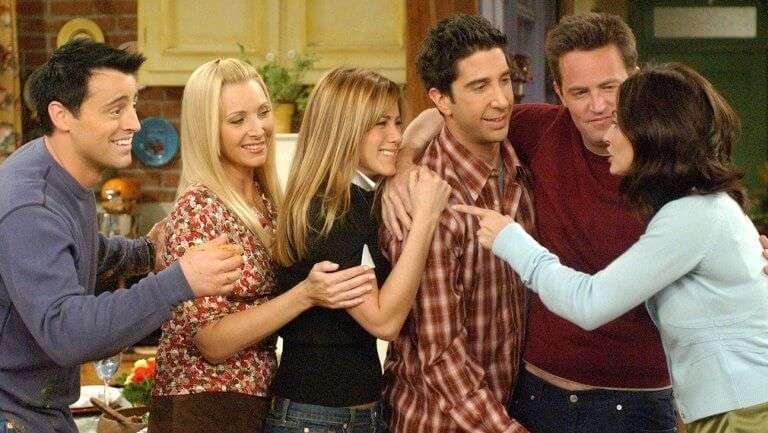 Mark Simpson on the hell of other people’s crumbs in your margarine FLATSHARE OFFERED: Easygoing bloke with GSOH seeks business traveller who needs place to keep spare toothbrush. No pets, no friends, no conversation. Paranoid introverts who keep themselves to themselves and are actually invisible welcome. Rent dependent on how much oxygen you use. Rooming with people is rubbish. Contrary to the propaganda put out by shows like ‘Friends’ and ‘This Life’ roommates are not trendy or clever. Roommates are a social disease. Sartre, you… Read More »Single White Misanthrope