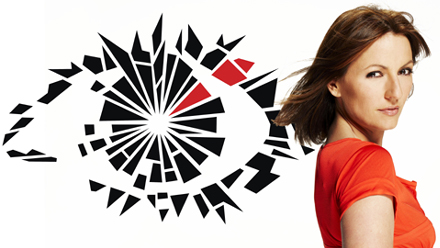 That shameless hussy show Big Brother will soon be spread-eagled across our screens again. The puddle-deep fame factory and test-tube celembryo hatchery starts it’s Summer-long domination of the TV schedules next week.

I have no intention of watching it – like most, I had my BB fling years ago and wish it would stop trying to woo me back. But I do have a slight curiosity about who the contestants are this year.  Why? Because they might have been my housemates this Summer. They might have been people I was arguing with over crumbs in the margarine, bitching with about other housemates, or pretending to have sex with under a duvet.

If only I wasn’t so precious. Or was a bit more of a masochist.

Late last year I received an email via this blog from Endemol, the makers of BB, trying to persuade me to ‘audition’ for BB 9.

I inititally dismissed it out of hand, of course.  But then I actually thought about it for a while – if only because I was trying to make sense of it.  Why me?  Am I so obviously mad and desperate and unknown?

I quickly stopped asking myself those questions… and began to think practical instead. Yes, the whole notion of appearing on BB filled me with horror and terror, but perhaps I was just being snobbish, and cutting off my own snooty nose to spite my face.

Was there any way, for instance, that I could make something nice and vulgar like money out of it?

But then I realised that the only way you make money out of BB, aside from winning – which, along with surviving more than a couple of weeks would be completely out of the question for Nasty Mark – is through tabloid interviews and provincial club appearances.

Somehow, I don’t think tabloid readers or clubgoers anywhere are going to get very excited over me.

I very briefly thought about the ‘inside the belly of the beast’ pop-cultural angle, but realised that the so-called serious press wouldn’t really be interested in that either. They’d just want wordy, hypocritical pieces about the girl with the big knockers who kept fellating bottles.

Besides, imagine agreeing to a BB audition and being rejected?

So I replied to Endemol:

‘Whilst it’s always nice to be asked, I think I’ll have to turn down your offer because:

a) I don’t do telly for free (terribly old-fashioned, I know, but that’s me)

b) Although I do have prison fantasies, they don’t usually involve Davina McCall’