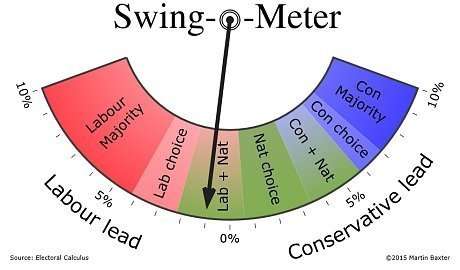 Dame Democracy is a Size Queen

Mark Simpson on why size matters in the privacy of the voting booth Dame Democracy is a bit of a size queen. Actually, she’s a lot of a size queen. The vital statistics she’s really interested in are not the size of the money supply or the rate of inflation, but the heft of a politician’s inflatable. All those graphs, statistics and ‘swingometers’ on election programs are trying to answer the only question that anyone’s really interested in: which candidate is hung like a baby’s… Read More »Dame Democracy is a Size Queen

Gordon Isn’t a Moron – But He’s a Terrible Liar

Gordon Brown, Labour’s leader-in-waiting, can’t win the next election. This week’s address to the Labour Party Conference might as well have been his speech conceding victory to David Cameron. Why is Gordie such a liability? Not because of the disdainful verdict of dodgy Newsnight focus groups, or his recent impatient unleashing of political-suicide bombers on Number 10, or even because his Conference speech with its liberal use of the word ‘aspirations’ sounded like that of an ambitious TUC chief, but because he’s such a bad… Read More »Gordon Isn’t a Moron – But He’s a Terrible Liar