No, this one isn’t the work of The Onion. Not only would the large cast of suited and booted fraternity boys with solemn faces and clasped hands standing behind the comedy attorney who can’t stop saying ‘butt chugging’ break their production budget, it’s just far too chugging crazy. If this uniquely American spectacle had been presented as surreal satire no one would buy it. Look out for the two frat bros who emerge hastily from the bushes at 4.47 and sheepishly join their serious-looking brothers at… Read More »Do These Upstanding Young Men Look Like Gay Homosexual Butt Chuggers?

I’m not sure I entirely believe the preamble from the overly dudey – if very easy on the eye – presenter and star of this ‘experiment’ in ‘touching dudes softly’. Particularly the bit about ‘nothing makes me uncomfortable!’ But it is interesting to watch the responses of the men he decides to monster with ‘inappropriate’ tenderness – or ‘touching another dude softly’. I’m also personally interested in why I found it very uncomfortable to watch. Is it because I’m worrying the men will freak out?… Read More »Touching Another Dude Dudely 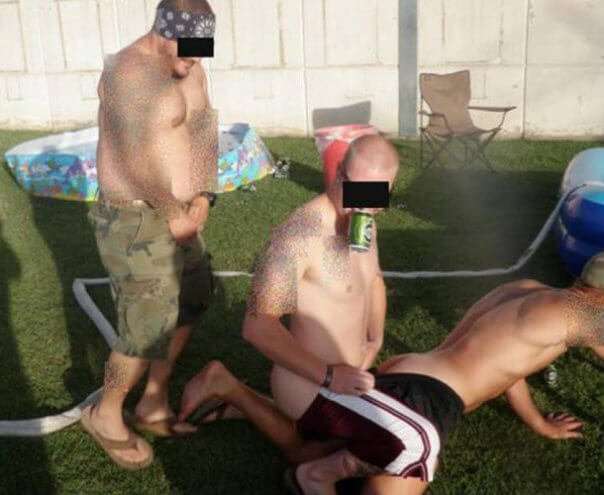 A column of mine on Out.com, ‘Men At Play in Afgrabistan’, gallantly defends the freedom of the derided (and now dismissed) security guards at the US embassy to get naked with one another and eat potato chips from each other’s butts in their spare time – even if they’re out of shape. I also point out how everyday and ‘normal’ homoerotics is for many if not most men – but we don’t want to see it, and when we can’t ignore it because it’s thrust… Read More »Homoerotic Horseplay – Not Gay Just Guy 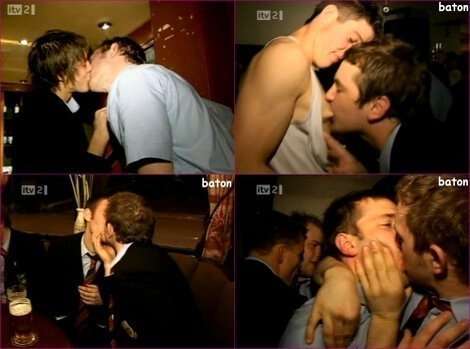 In the Middle Ages, sodomy was thought to be caused not by hair whorls, but by drunkenness. As this clip shows, they were absolutely right. The post-match beery bonding of the lovely lads of Sandbach RUFC – which, be warned, includes very male nudity, heavy petting and male-on-male snogging – made me feel faint with jealousy. And also faintly redundant. These straight lads’ eagerness to perform their manly love for one another in front of UK TV cameras (for an instalment of an ITV2 series… Read More »Rugger Buggers & Swinging Dicks: Generation Xcess