Not entirely sure how useful their fitness advice is – nor how you ‘pre-activate’ your glutes, without using lube. But full marks to the Kilted Coaches for doing their kilted/un-kilted vids in Scottish sleet. Next to what looks like a busy A-road. 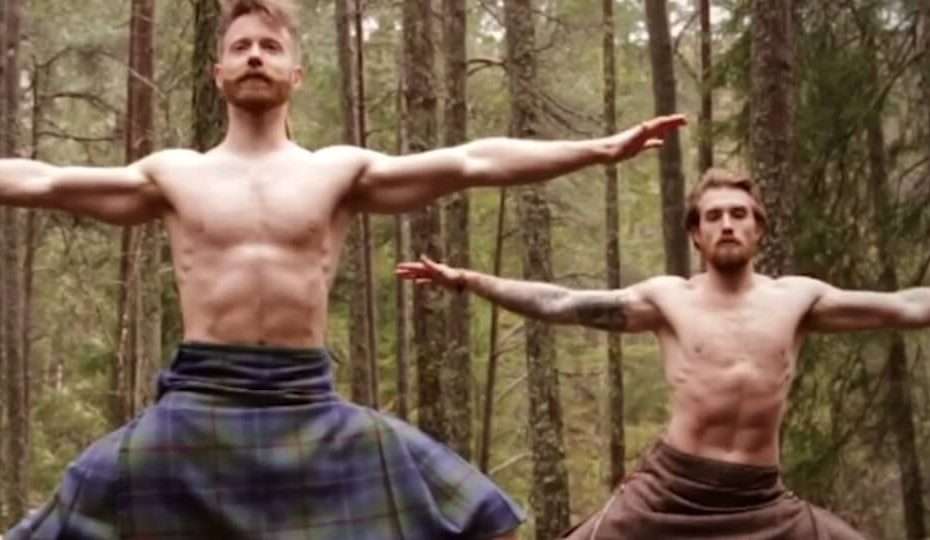 Because I’m such a dedicated fan of yoga (in kilts) I’m overlooking the beards and posting this very uplifting BBC Scotland video of Finlay, a yoga teacher from Dundee, and his pupil Justin, practising their inspirational moves in the bracing Caledonian countryside. And while we’re all inspired, I thought I would also post this spornographic video ‘The Homoerotic Side of Wrestling’ below. To be fair to the wrestlers, the homoerotics is mostly in the naughty editing here. And also the design of wrestling singlets: apparently, unlike… Read More »Uplifting Visions

by Mark Simpson (Guardian Unlimited, April 8, 2007) It’s over. ‘Britain’ and ‘Britishness’ are politically moribund terms. The proof? Scottish-flavoured New Labour’s recent laughable attempts to resurrect “Britishness” as an “inclusive” post-Imperial identity. Not so much because they flopped as the fact that Britannia was now such an empty vessel that she could be so casually appropriated by New Labour in the first place. Whatever the outcome of next month’s elections to the Scottish Parliament – and at the moment the Scots Nationalists are ahead… Read More »The Union is Over Already – But ‘Britain’ is Still Keeping England Down