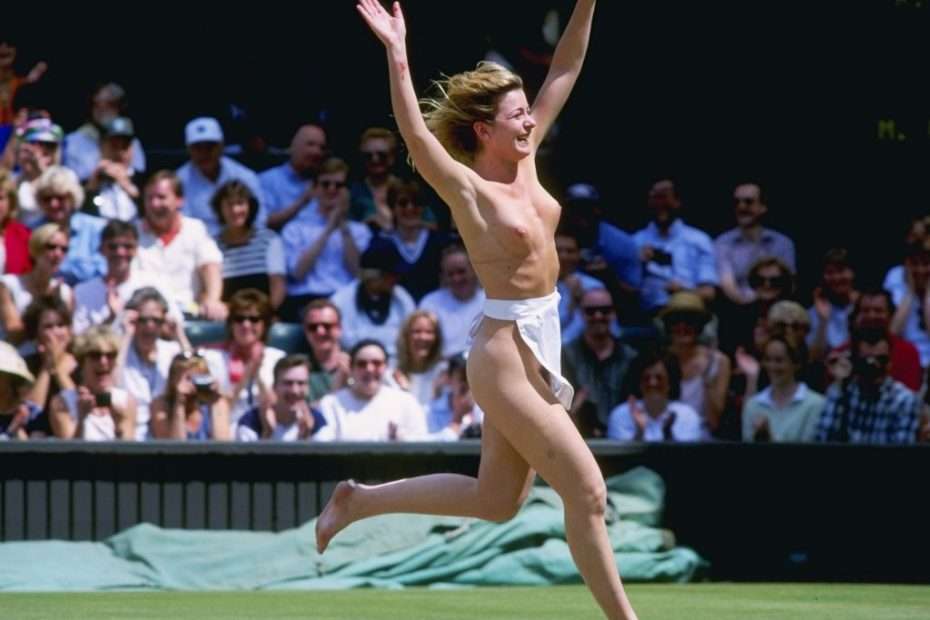 Mark Simpson takes a look at the British ritual of stripping off on the hallowed turf (Independent on Sunday, July 1996) Melissa Johnson’s bra-less gallop across Wimbledon’s Centre Court this week in a skimpy pinny and lovely smile proved to be a moving experience in more ways than one. A deluge of press articles followed which waxed lyrical and nostalgic about a lost ‘golden age’ of public nudity.  ‘Streaking has been in decline ever since it peaked in the seventies,’ lamented Barbara Amiel in the… Read More »Streaking: The Naked Truth